Delicate, lyric shades, warm but tired colors, the still position or barely-movement of the figures characterize her paintings.

Her paintings revolves essentially around a single theme: timeless and neutral, or lonely even figures , less often a group of a few members, in a barely marked space. It’s as if they’re performing some incomprehensible or meaningless stage scene, almost without conviction, but still emotionally experienced.
Some of the figures are recognizable characters from the Commedia dell’arte, or they carry an instrument as an attribute, possibly a Venetian carnival mask. But most of them are timeless apparitions frozen in Greek archaic smiles.
She has had exhibitions in many European countries since 1970. Also in Hungary, Germany, the Netherlands, Italy, France, Sweden, Greece and Switzerland 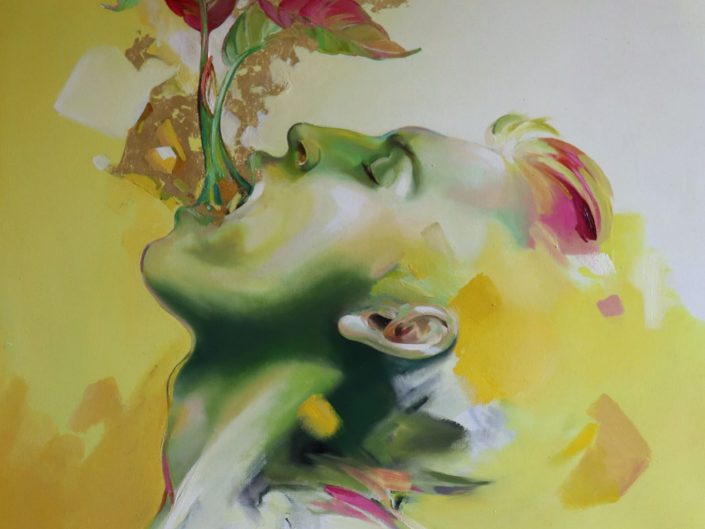